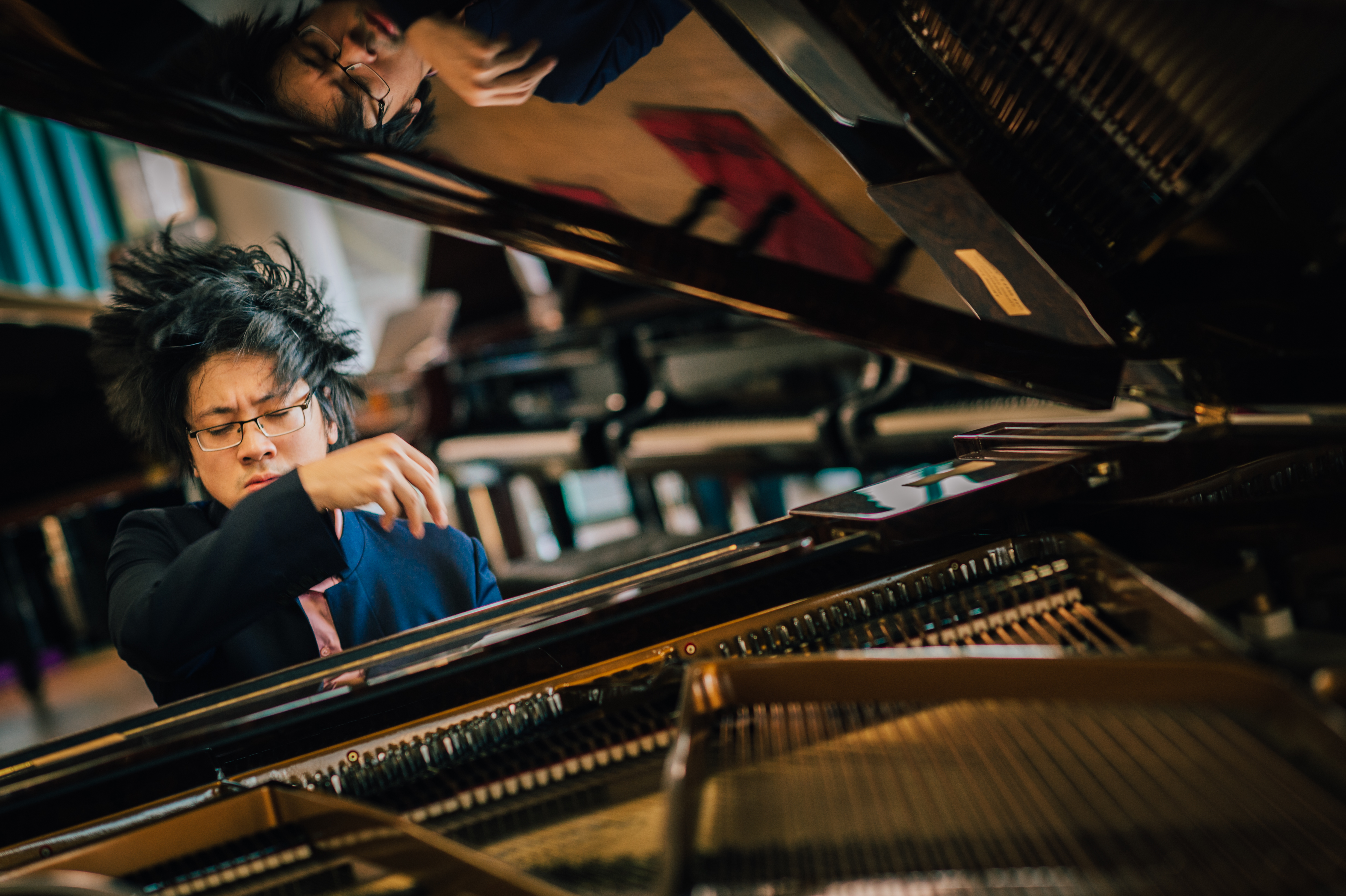 Pianist Luu Hong Quang was born on October 10, 1990, in Hanoi, Vietnam. He is an outstanding young piano talent of Vietnam and Australia, highly appreciated by Vietnamese and international experts for his skillful performance techniques and impressive, emotional performance style. Luu Hong Quang studied at the Vietnam National Academy of Music, the Australian International Conservatory of Music, and University of Montreal, Canada. During his performance career, he had opportunities to perform with famous Vietnamese orchestras and many countries worldwide. He is also honored to win many prestigious awards in international piano competitions and noble awards from State of Vietnam.

Pianist Luu Hong Quang grew up in a well-to-do family and had a tradition of education for generations. His father is Associate Professor - Doctor - Distinguished Artist Luu Quang Minh, former Deputy Director of the Vietnam National Academy of Music, a prestigious and experienced person teaching and performing the accordion and Jazz music in Vietnam. His mother is businesswoman Phan Hong Chau, Director of Hy Vong Tourism and Service Joint Stock Company (Esperantotur), an original Hanoian woman who inherited the cultural quintessence of the civilized land from the religious tradition family education. Growing up in a well-to-do family, Luu Hong Quang has always been trained and molded from his young age. He is continuously improving his knowledge and cultivating himself.

His beloved father lifted the first musical note; the professional musical path of the artist Luu Hong Quang also started very early. In 1996, Luu Hong Quang passed the entrance exam to the piano department of the Vietnam National Academy of Music and studied in the class of Professor - Doctor - People's Teacher Tran Thu Ha. Under the guidance of a dedicated teacher, Luu Hong Quang's playing technique is increasingly perfect. His notes are more and more soaring and becoming more soulful. Setting himself strict requirements, Luu Hong Quang, with his efforts, has gradually overcome new limits of himself.

The year 2007 was an essential milestone in Luu Hong Quang's learning journey when he received a full scholarship from the Australian International Conservatory of Music to study University here, officially choosing a thorny and challenging path. Along with the knowledge he has cultivated while studying in his home country, the young artist's level has become more and more skillful and sublimated under the guidance of Professor Kyunghee Lee at the Australian International Conservatory of Music. Professor Kyunghee Lee commented on his students: “Quang is a very talented and hard-working student, not only does he have exceptional skills and application to the piano but he is also an intelligent and honest student whose good character should be commended”.

In 2011, Luu Hong Quang had the opportunity to meet Professor - People's Artist Dang Thai Son when he received a full scholarship from the Kirishima International Music Festival, Japan. In addition to the opportunity to work and learn from the famous artist, he also had a performance at Tokyo Opera City Concert Hall.

Then, in 2013, Luu Hong Quang was honored to be invited by Professor - People's Artist Dang Thai Son to duet perform in the concert: "Dang Thai Son - New Sound in 20th Century" taking place on the evening of 4th December 2013 at the Hanoi Opera House. The concert included works by composers in the world in the early of 20th century and some contemporary works by Vietnamese authors. Luu Hong Quang performed a duet with People's Artist Dang Thai Son in 4 works by French composer, Francis Poulenc; awe-inspiring was the reciprocal Elégie - one of Poulenc’s most significant works. The performance left a deep and strong impression on the audience.

With the premise of valuable knowledge and rich performance experience, in 2014, Luu Hong Quang started a new journey in his learning path when he studied for a Master's degree in performing at the University of Montreal, Canada, under the tutelage of Professor - People's Artist Dang Thai Son. Here, under the guidance of the respected teacher, his music vision became more and more open, and his performance technique became more and more perfect and refined. When talking about Luu Hong Quang, Professor - People's Artist Dang Thai Son also gave his preference when commenting on the student: "His level of pianistic professionalism is high and I am impressed by his degree of artistry, Mr Luu demonstrate great musical creativity and control on stage, and posseses an enticing stage presence." In December 2015, Luu Hong Quang graduated with a Master's degree in piano performance here.

After graduating from the University of Montreal, Canada, Luu Hong Quang returned to Australia. Currently, Luu Hong Quang is a music teacher at University and Master's degree, majoring in Solo and Chamber music, Academy of Music and Performing Arts (AMPA), Sydney, Australia.

On the musical journey with tireless efforts, Luu Hong Quang has been honored to win many prestigious awards in international piano competitions. In addition, he was also awarded many noble awards by the State of Vietnam to recognize of his contributions to the country's music industry. This is a great encouragement and motivation for him to try harder and devote more to music.

State of Vietnam Awards of the Artist Luu Hong Quang